Have you ever felt like you need more than just a normal strength deodorant? That maybe you need some kind of super deodorant that’s capable of defeating every smell that your armpits can throw at it? We hear you.

Do you know which kind of sweat smells the worst?

That’s because stress comes from a different gland which gives it different proteins. These proteins make the sweat eating bacteria really whiffy.

And we knew this formula was a winner when we put it to the ultimate stress test.

Nothing makes Aaron stress sweat more than public speaking. It’s uncontrollable and perfectly natural but getting a whiff of that sweat after an event made Aaron very self-conscious.

There was that wet feeling. And that waft of BO. So instead of hanging around and mingling after his talks he would usually high-tail it outta there.

When Aaron took a trip down to Melbourne to train up some sales people (very exciting!) he decided that this was the PERFECT time to take the Woohoo Wild formula for a test drive. If he was going to be feeling wet and pongy, this was the occasion.

It was a long day. Before the event there was an early start for a flight to Melbourne, navigating unfamiliar Melbourne traffic and then the presentation. With all that stress going on Aaron actually forgot that he was trialling Woohoo Wild.

Spoiler - This story has a happy ending

There were NO wet underarms, and NO stress sweat waft to be felt or smelled. Hooray!

In fact Aaron didn’t remember that he was wearing Woohoo wild until went to have shower and realised he didn’t smell of anything. That moment we knew that Wild was going to be a winner :)

Since that fateful day we’ve had so much FABULOUS feedback come in from people all over the world who have been out and about, sweating and sniffing their armpits and doing a little happy dance because they DON'T SMELL.

And now you can get in on the fun too.

Everybody has different sides to them. But we all have a wild streak, an inner wild child that likes to do things to kick-start the heart.

It might be hurtling down a Whistler black run, hiking secluded trails, jive dancing, rock climbing, public speaking, inverted yoga poses or taking a toddler to Toys R Us.

We want Woohoo Wild to give you the confidence to do all those things and more, keeping you dry and BO free so you can focus on having fun.

Whatever it is don’t walk on the wild side – run!

Besides from being a glorious green (our original Urban scent is pretty in pink), Wild has some pretty important differences from the original Woohoo All Natural Deodorant Paste.

It still shares the same minimal irritation potential but it has been boosted up so it can pack even more of a punch when it comes to BO battles.

A Zesty Aroma with Staying Power

Wild has a fresh aroma to help you feel energised and raring to go. Honey Myrtle has the antibacterial properties of tea tree but with a lemon zing to it. Cedarwood, Eucalytpus and Peru Balsam add to Wild’s odour-neutralising powers while still helping to evoke outdoor dreams.

Some people swear that Wild smells like lemongrass, but there's actually no lemongrass in here - promise! :)

The aroma is a little stronger than Urban so at the end of the day you will still get a little waft of this incredibly invigorating scent.

Not only do the essential oils have a little extra oomph so does the deodorant. Wild has increased amounts of all the deodorising and absorbing ingredients, making it our strongest deodorant scent. So that it has that little extra kick to get your through the day smelling fresh.

Instead of using Kaolin clay, Wild uses Diatomaceous Earth (this is a powder made from plant and algae fossils) as it has an amazing ability to absorb both oil and water. Your sweat contains both oil (sebum) and water so diatomaceous earth helps to keep you drier for longer. This gives Woohoo Wild the extra oomph to be taken off road and on wild adventures.

The scent of the Wild deodorant is just as well suited to the male thrill-seekers as the female, and with a green jar Mr Woohoo no longer needs to worry about using a product with pink on it!

We were lucky enough to find super micro fine diatomaceous earth so Wild is beautifully smooth.

Using the spatula, collect to a pea sized amount of deodorant and warm it in your fingertips. Rub it under your arm until it disappears (just like you would a moisturiser).

If you lose your spatula no need to stress :) You can use your fingertip to scoop out your deodorant paste - just make sure your fingers are clean and dry first.

P.S. If you’re used to using an antiperspirant, please remember that this isn’t one! This deodorant works by neutralising odour and keeps you dryer by absorbing moisture, but it DOESN’T block your pores with aluminium to stop you from sweating. It can take a couple of weeks for your body to adjust to this type of deodorant but it’s worth the wait!

Unlike many online brands, we believe in complete transparency so any ingredients list you find on our website is 100% complete. No secrets here!

We promise that you will not find ANY these shady characters in a Woohoo Body or Happy Skincare product:

Shipping is never a hassle with us :)

Please allow 1 - 2 working days for your order to be dispatched from our warehouse.

Delivery times may vary - within Australia it's generally 2 - 3 working days for Metro areas. Please select Express to ensure the fastest possible delivery of your order.

Don't want to pay for shipping? Click here to find your nearest stockist .... we're all over Australia and growing!

We believe in Woohoo so much that we are putting it out there for you to judge...

If you don't think that your Woohoo or Happy Skincare product is the best you've used, let us know within 30 days of your first order and we'll refund your purchase price.

Not only that, if you don't get the results you're after we're giving you a 30 day unconditional money back satisfaction guarantee on your first order.

In the unlikely event that Woohoo doesn't work for you - or you don't like it for any reason at all - you can take comfort that we will refund your money (minus postage).

Additionally, we'll happily accept returns of any unopened items (including subsequent orders) within 30 days of ordering.

If you require a refund, the procedure is EASY. Just contact us and we will initiate the refund process.

Thank you for submitting a review!

Your input is very much appreciated. Share it with your friends so they can enjoy it too!

When I am exercising hard, and I expect to sweat a lot this is my preference.

I have been using woohoo for a couple of years now & love it. Initially I found it a little weird using a paste instead of a spray but it didn’t take long to get used to it. Its great being able to train & get sweaty but not smell!

As usual this product is so effective. My 14 year old daughter uses it and doesn’t smell after sport or school 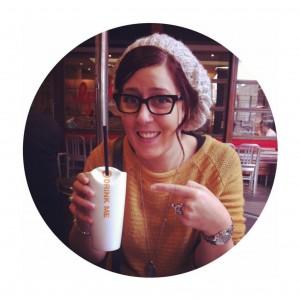 Australia
The one and only

I have now been using Wohoo deodorant paste exclusively for, gosh it must be at least 3 years now... and there is a reason why. This paste is the best, such a fresh scent, lasts for ages and I never feel like I have BO.

Been using Woohoo for a while now. Great product.